Owner of a Lonely Heart 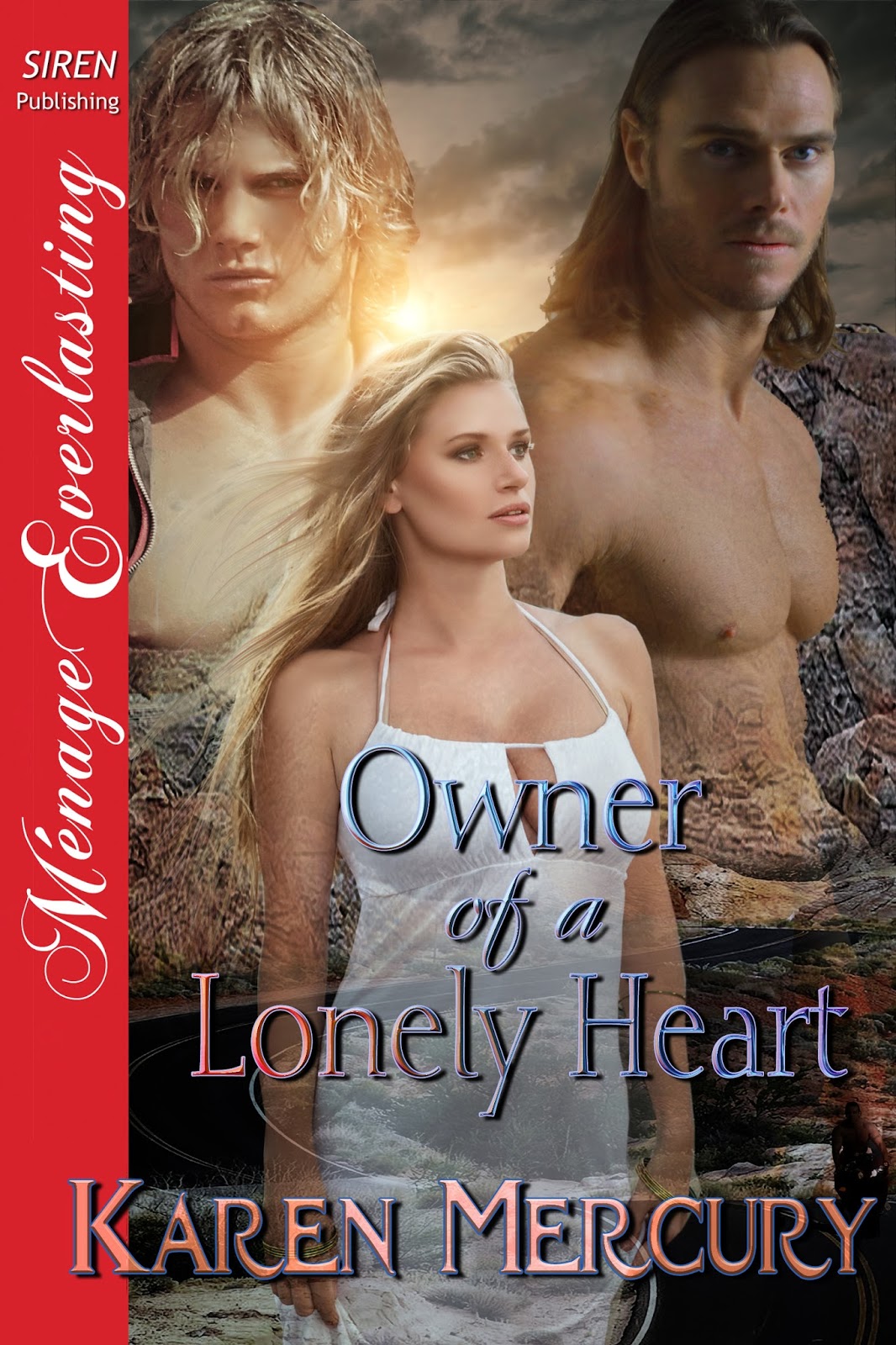 Owner of a Lonely Heart, coming April 2014
She’ll guard you, but she’s no angel.
Curvy, well-seasoned U.S. Marshal Bettina Crenshaw has landed a spicy assignment—protecting hotshot, tough-as-nails biker Taos Hopewell from the thugs he’s testifying against.
Sheriff Crispin Marwick has isolated himself on his horse ranch since a divorce and a tour of duty in Las Vegas’s vice squad went sideways.  Aristocratic and hot enough to melt steel, straight shooter Crispin finds himself reeled in by the spitfire marshal and the bad boy she’s guarding.  Crispin surprises himself by suggesting a few risqué rounds of cops and robbers, and the chase is on.
The only break Taos ever had was the shelter of his motorcycle club.  But that haven has turned to hell, and he’s on the run, scrambling to build a new life.  The forbidden temptations of his bodyguards are about to turn falling off the face of the earth into a little slice of heaven.