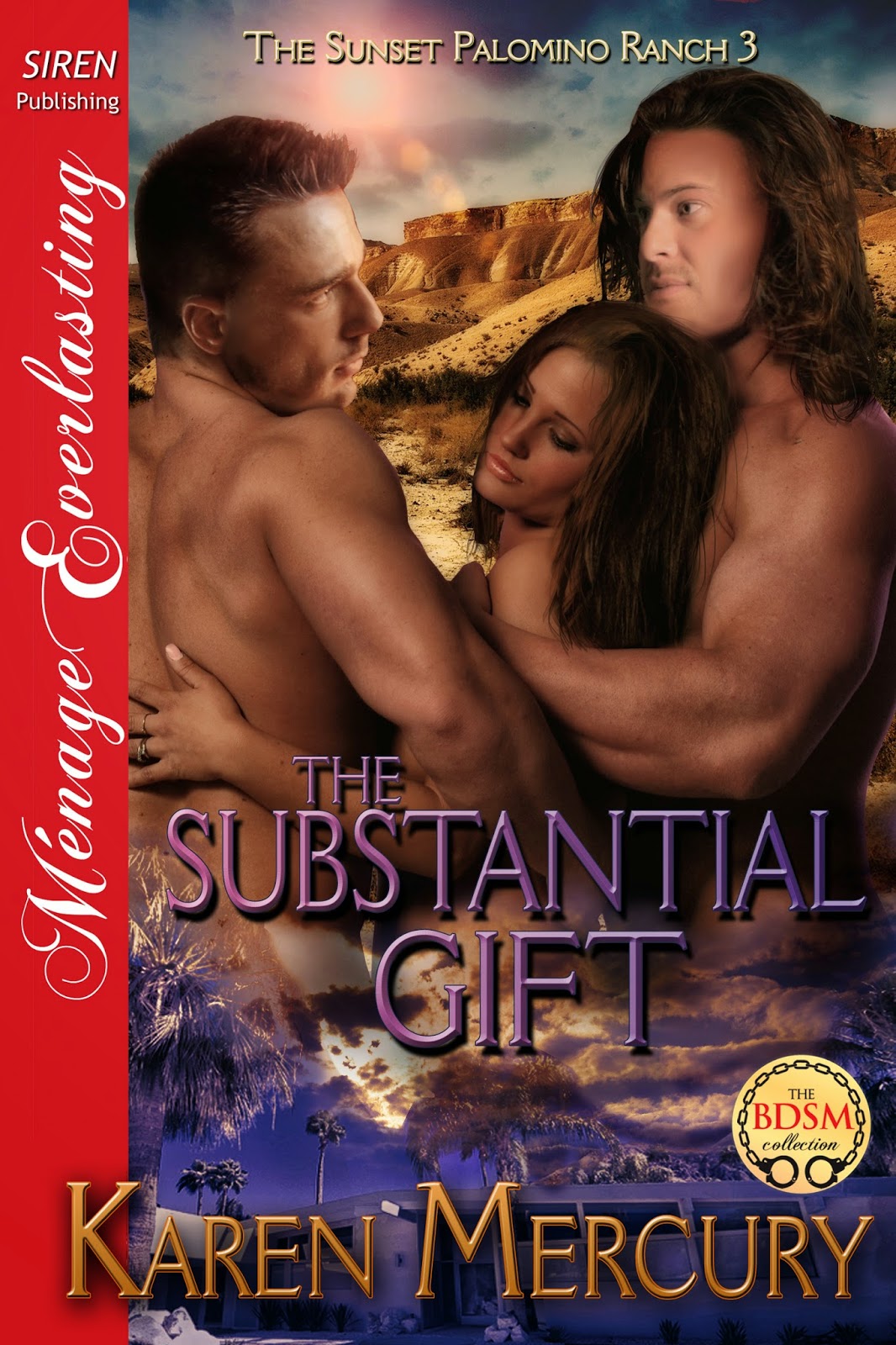 #3 The Substantial Gift
Buy at Amazon
e walked in and her life began again.
Two worlds collide when adventurous ranching heiress Violet Stinson clashes with dark and complicated rodeo champion Harper Davies.  Both on the run from tragic pasts, Violet numbs her pain with food, Harper with anonymous, rough sex with other men at The Racquet Club.
They share in common their lust for playboy jet-setter Sinclair Nieman.  The unlikely trio bonds over a stolen menu from an old bordello.  When Violet has a particular nostalgia for re-enacting the Doctor’s Orders item, Harper knows it’s time to surrender to a woman again.
After a long, destructive marriage, Violet has been ignorant about love.  It is a difficult, soul-searching, substantial gift for her to express love to her two younger men.  When her past catches up with her in the form of a greaseball stalker, Harper and Sinclair are there to prove themselves worthy of her ultimate gift. 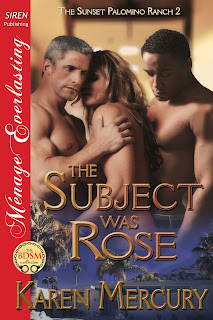 #2  The Subject Was Rose
Buy at Amazon

When three-star chef Rose Britton agrees to have her portrait painted by top designer Jesse Factor, she has no clue their sexy scenes would be so rudely interrupted by powerful billionaire cattle rancher Drake Stinson, who busts in like a Dominant house on fire.  After having sworn off men, suddenly Rose has two of them and quite a mess on her hands.
Drake has led a shallow, jet-setting lifestyle for decades.  Just as he decides to open up and allow a deeper relationship with Rose to form, he's confused by his heteroflexible passion for Jesse too.  Drake initiates the couple into the intricacies of his sexual power structure, and they all want much more than a trivial hookup.
But Drake is haunted by a corrupt deal his father made fifteen years ago.  Now greasy Fed, Burt Macklin, is back demanding a multi-million dollar payoff for a large chunk of Drake's ranch. 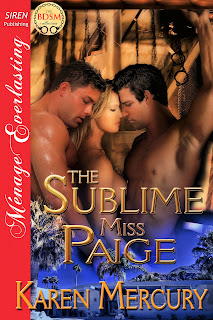 "His/his/her action, humor, and several confrontations with the 'most arrested man in the Coachella Valley' make for some very well-paced exploits. Having everything weave in and out with the history of the Starlight Motel's bawdy past was just superb. This book filled my bosom with heat, hilarity, and heart-throbbing exhilaration. I hope everyone hangs around for the finale. It is as worth it as was the journey!" --JJ, Rainbow Reviews

Miss Willow Paige has taken Last Chance by storm, remodeling the decrepit Searchlight Motel.  She discovers a menu from the motel’s bordello days that describes unspeakable sex acts, firing up her imagination.  Building inspector Steffen Jung wants to check out more than her wiring, and he makes a proposal to Willow.  He will fulfill her lifelong fantasy of watching two men going hard at it.
Steffen is the most notorious womanizer in Last Chance, but he soon meets his match in cattle rancher Amadeo Barbieri.  Amadeo has lusted after Steffen since Steffen was the football quarterback, and now Amadeo can finally fulfill his fantasies, too.  The bordello menu guides the trio on a tour of erotic passions that is “Not Just Sex—A Trip!”


Their scenes are constantly interrupted by crazed memorabilia-seeker Ronnie Dobbs.  They soon discover Ronnie is looking for more than a Rat Packer’s wristwatch, and the chase is on.
Email ThisBlogThis!Share to TwitterShare to FacebookShare to Pinterest
Home
Subscribe to: Posts (Atom)